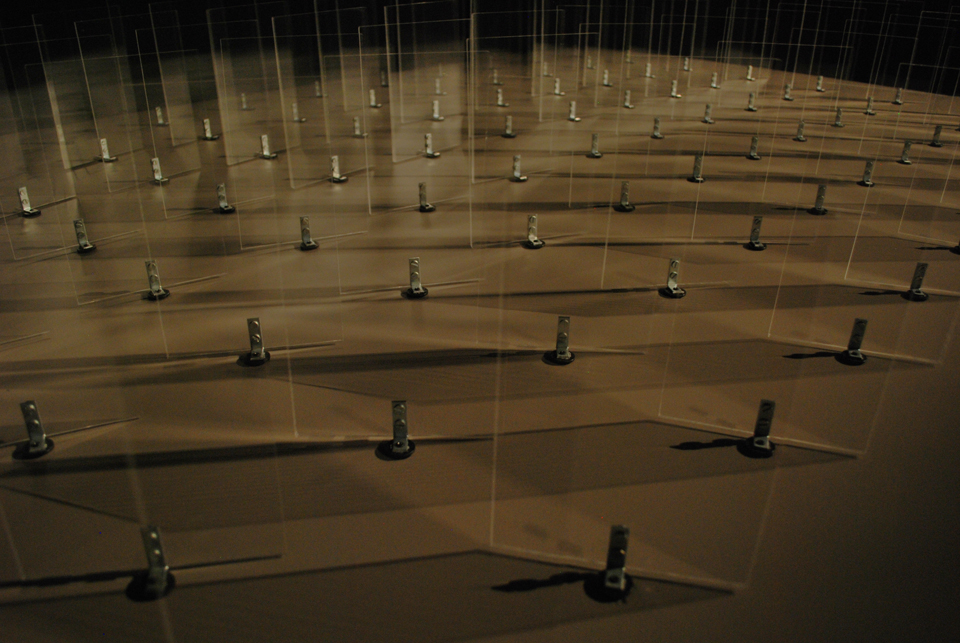 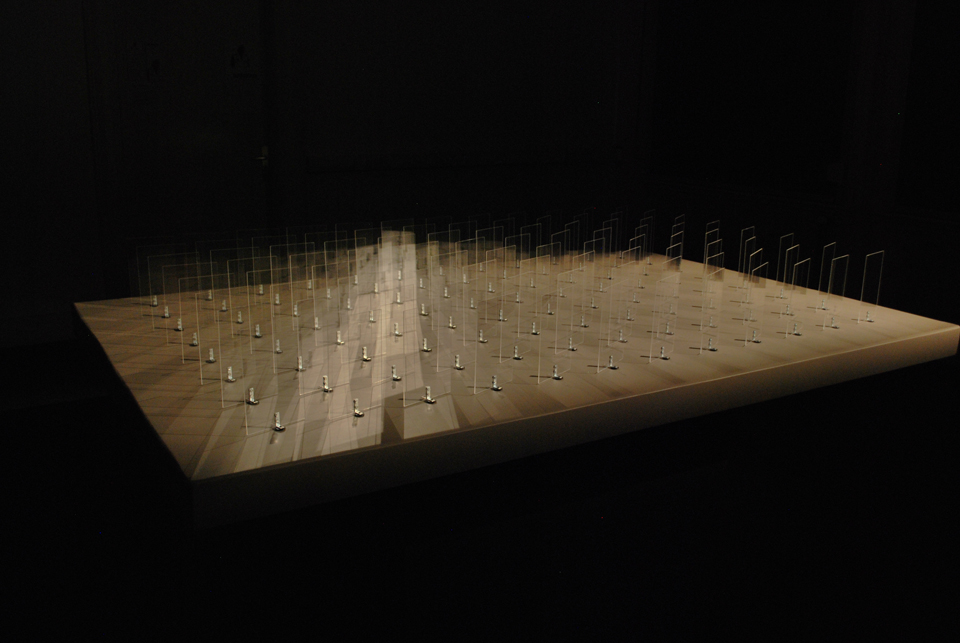 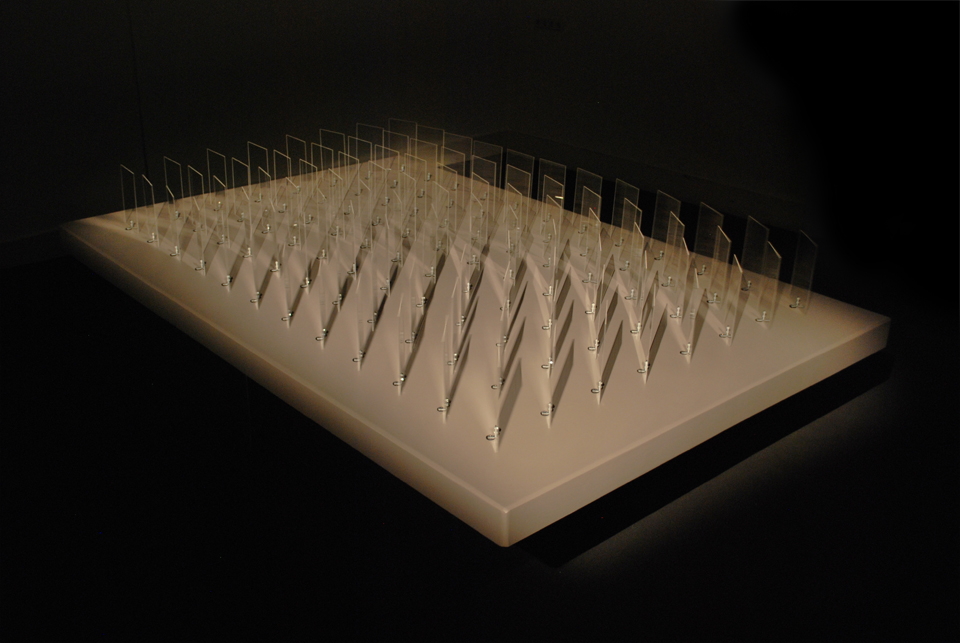 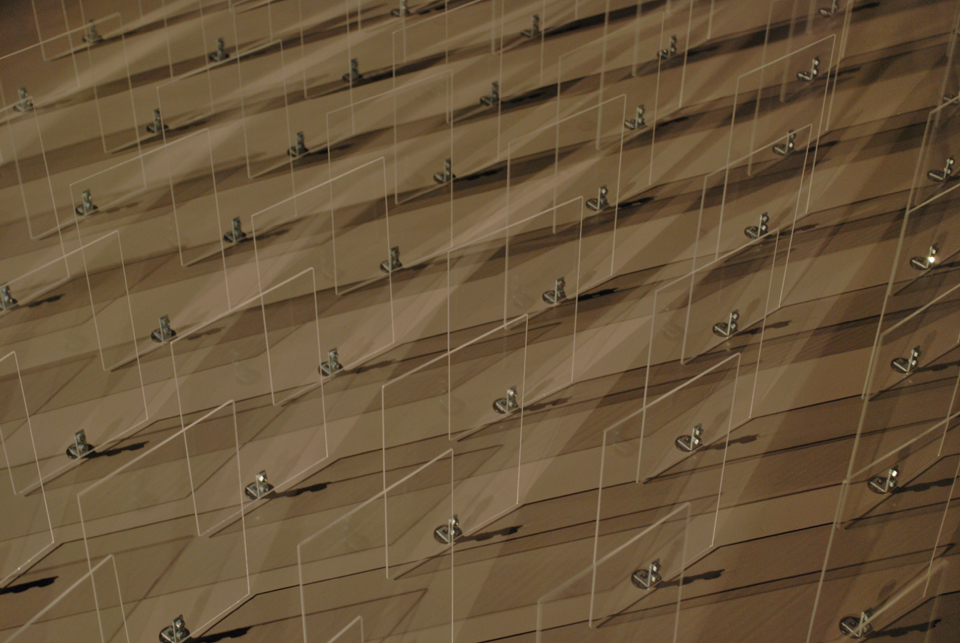 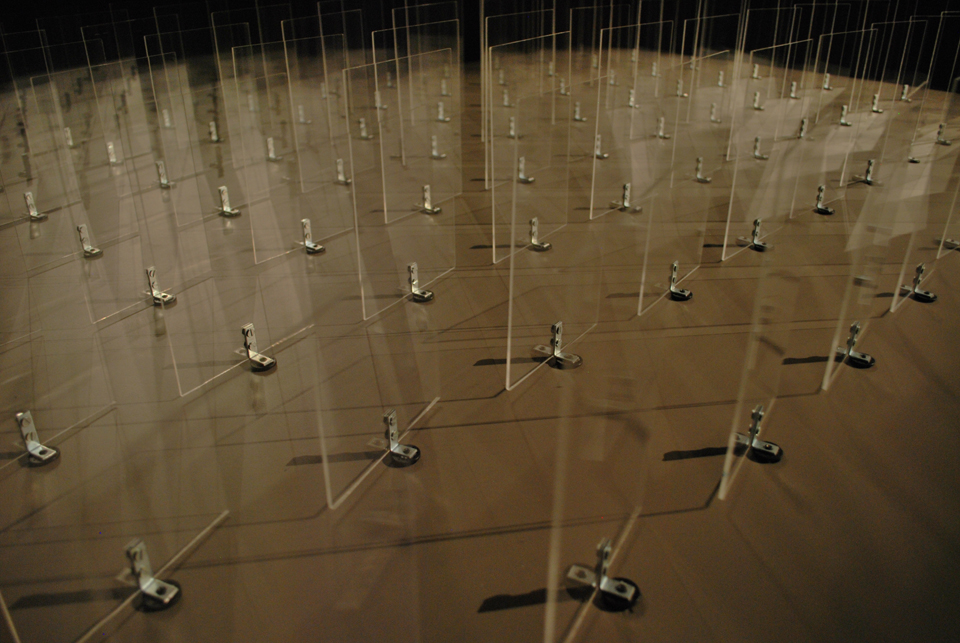 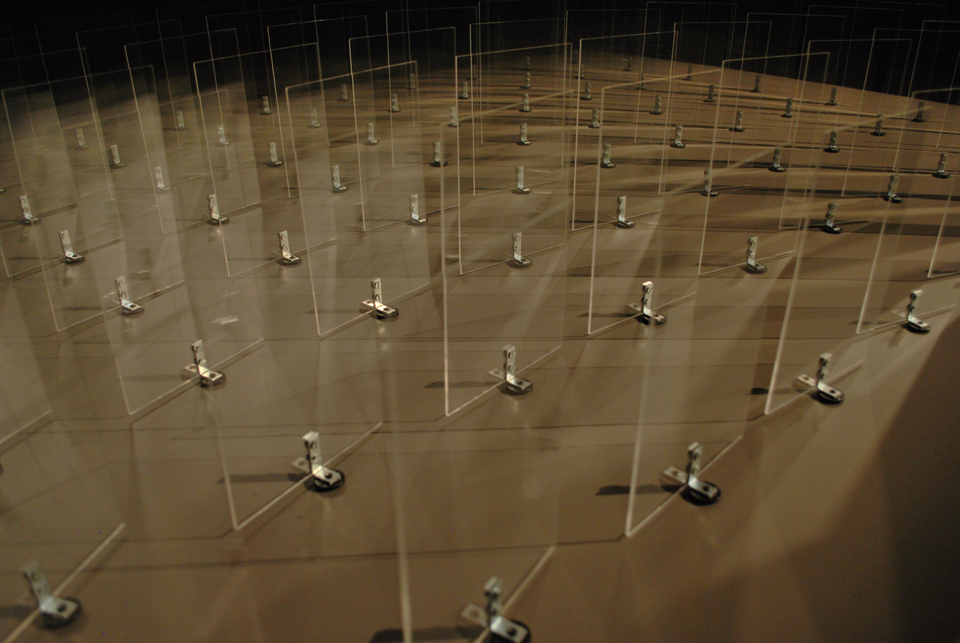 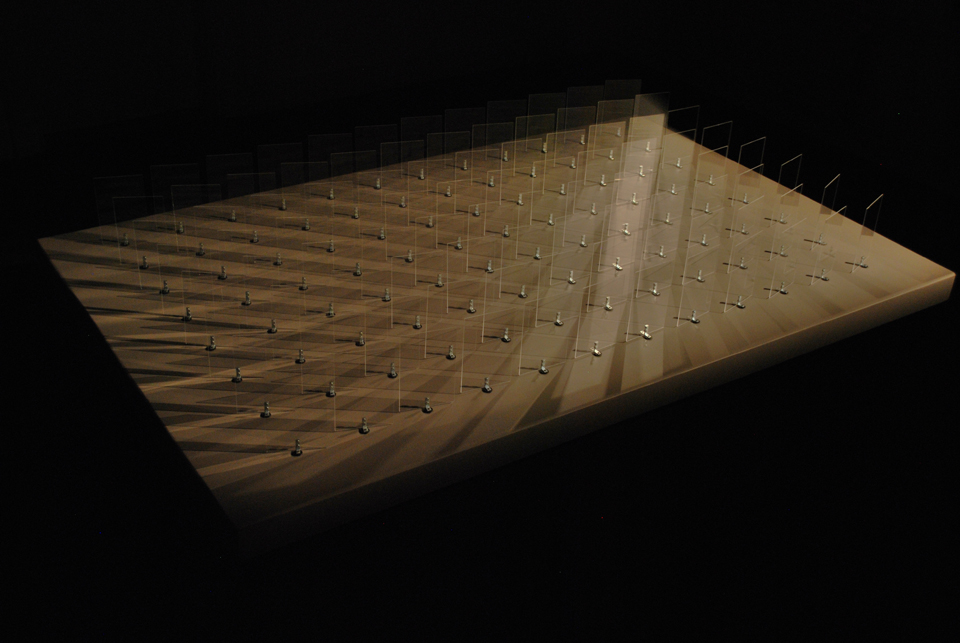 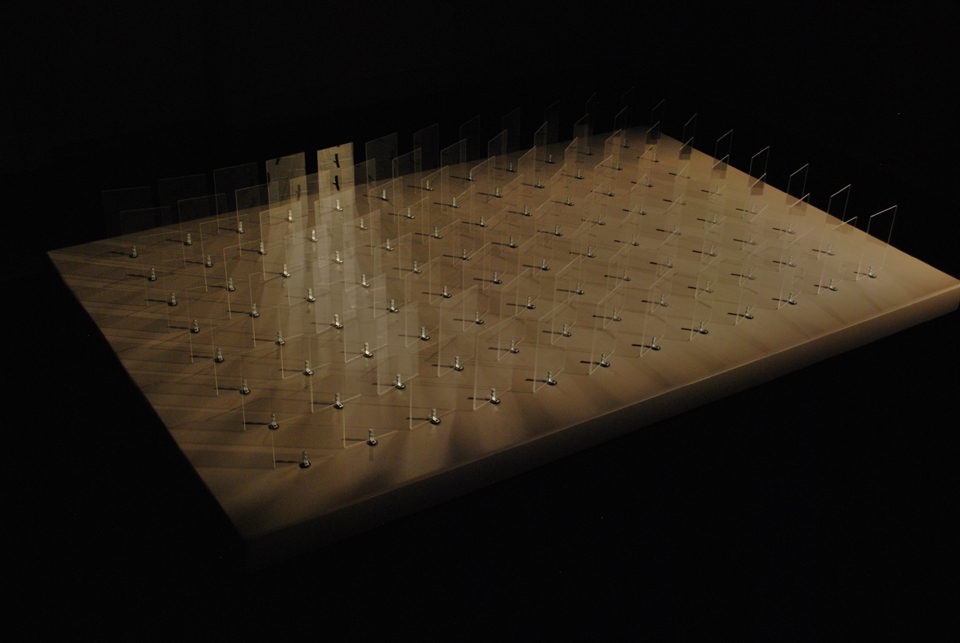 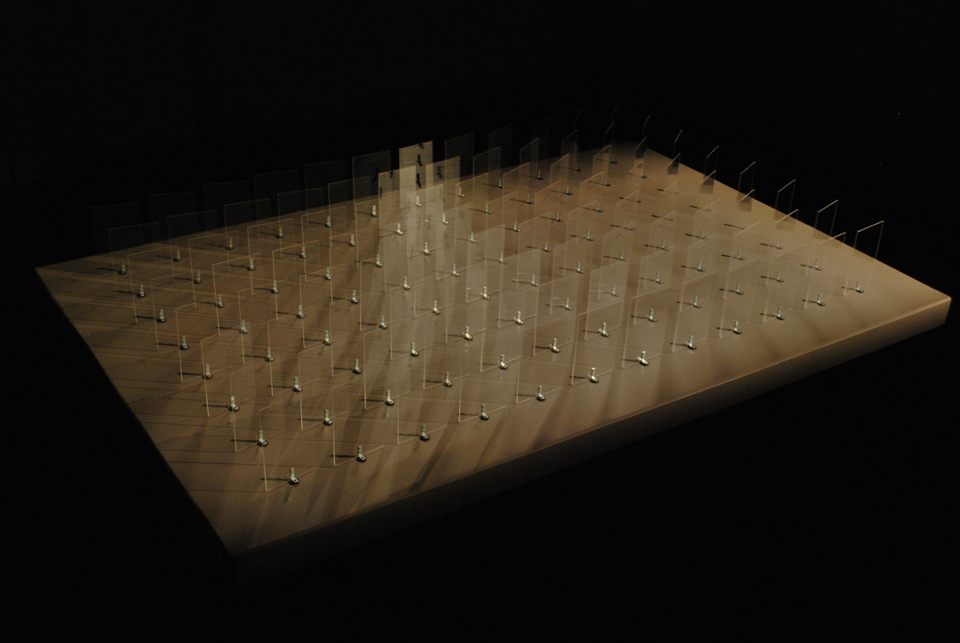 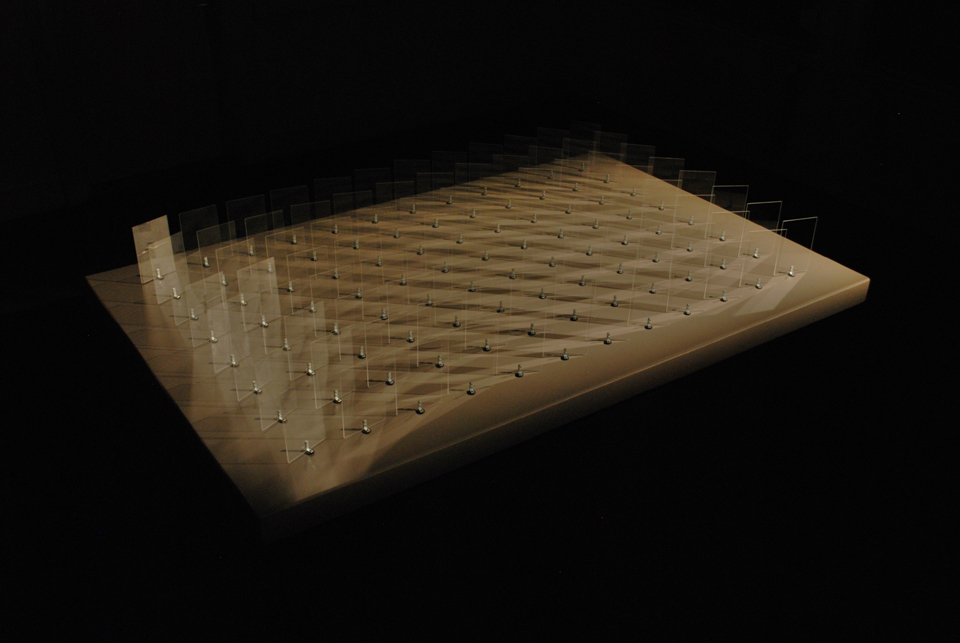 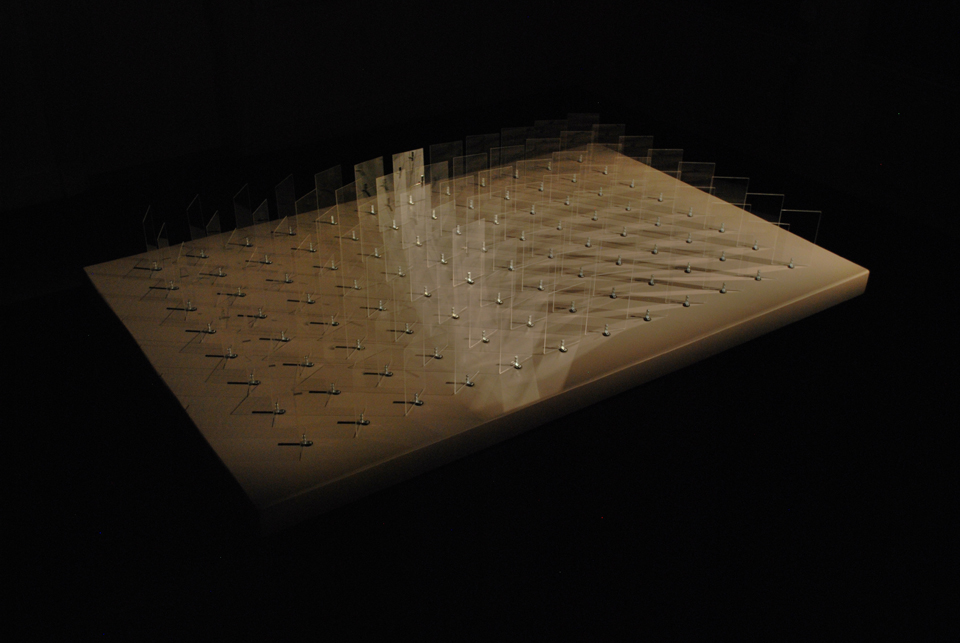 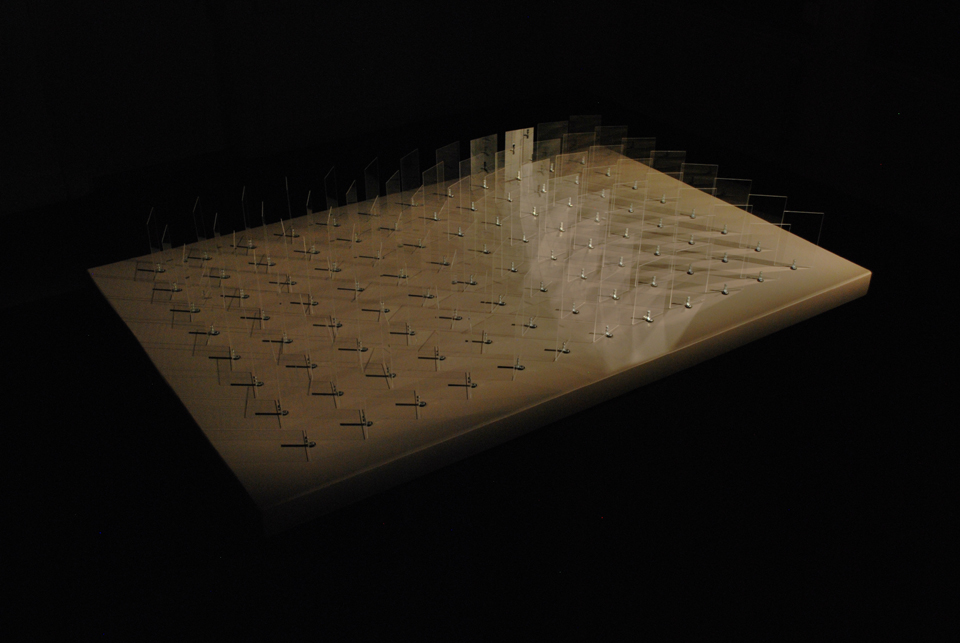 "Phase=Order" is a kinetic light installation in which 96 screens move, reflect, and organize to create an abstract field of shadow and light. The installation is the physical output of a research into self-organizing processes in nature and programming these nature-like behaviors into artificial material. Where a lot of research in this field focuses on the rules of behavior within these systems, Phase=Order focuses on the audio-visual beauty of these phenomena and how to compose an organic choreography based on swarm behavior. Through studying the elements of light, sound and movement the work is created as a multi-sensorial experience.

“Phase=Order” is based on a modular system and is inspired by self-organizing systems in nature. In this context, modular means that complex group behavior is created by simple behavior of many individuals. When we see flocks of birds, schools of fishes and even grain fields in the wind, all the individual agents respond to different forces. Whether it’s food, danger or just physical pressure, they start to move and organize themselves as a coherent organism. This behavior can be broken down into simple rules that, when every individual element in the system follows those rules, results in perfect synchronized forms. Such behavior often manifests in wave-like patterns and gradients in the spatial arrangement of the individuals. These patterns were the point of departure to program the behavior of the installation. Through an algorithm, a virtual wind is created inside the computer. The data from the algorithm is then used to determine the position of rotation for every screen in the grid. The result is a choreography for the 96 screens, suggesting the wind is going through the installation.

Besides group movement, light plays a very important role in the installation. When making use of acrylic, which has the ability to be transparent and/or reflective, a diverse light system emerges between the moving panels. When a screen is under a precise angle, reflection takes over transparency. At different moments in time, each panel rotates towards and away from the light. On one hand all the panels mirror and reflect the view of the spectator while on the other hand the same process can be seen within the reflections of light on the table.

Because the panels move in an organic choreography, they cast their reflection in an ordered way, resulting in synchronized light-beams going up and down the grid. The flat surface on which the panels are mounted, acts as a display for the reflections. The focus of the spectator alternates between these different optical phenomena.

While a lot has been done in the technical field to realise the effect, the result is poetical and aesthetic. Since the behavior of the system is based on rules extracted from processes in nature itself, different natural phenomena can be recognized in the work. It looks like a landscape, a map, or a model of the sea with the impression of changing weather conditions. It behaves like a living entity moving on purpose according some mysterious plan. The installation is completely built out of artificial material, but when programming natural behavior into these lifeless objects, the system appears to gain a soul. As a result people can identify themselves with the installation and enjoy the movement, the sound and the changing light.

Made possible with the generous support of VillaNuts and the Royal Conservatory of The Hague.