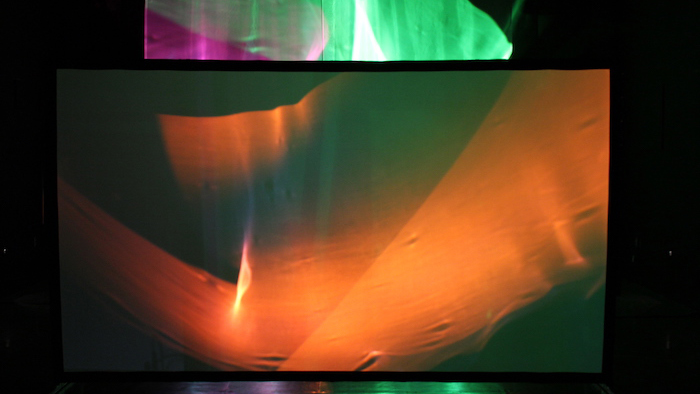 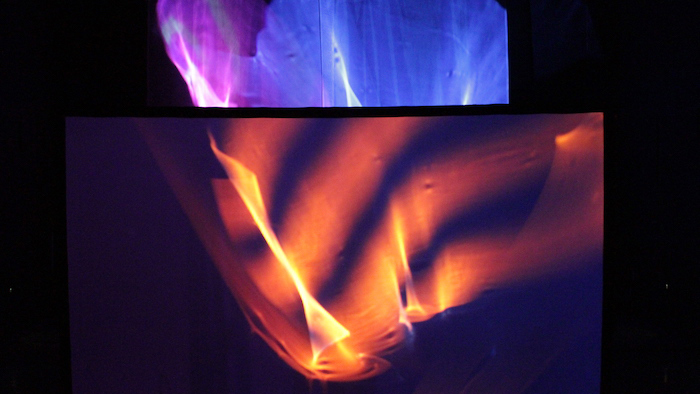 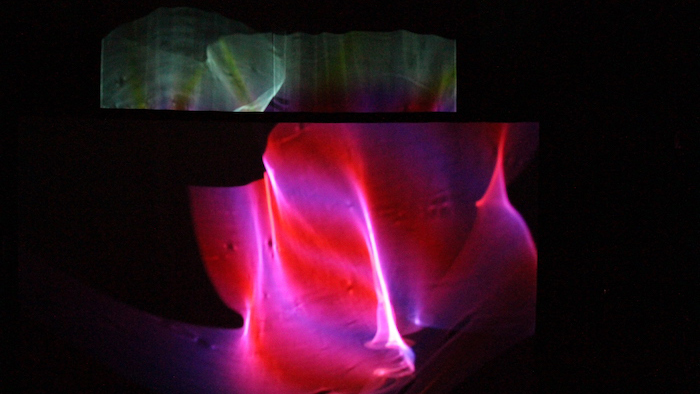 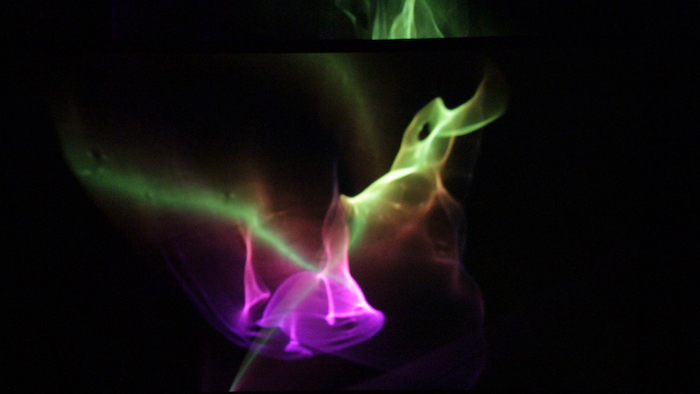 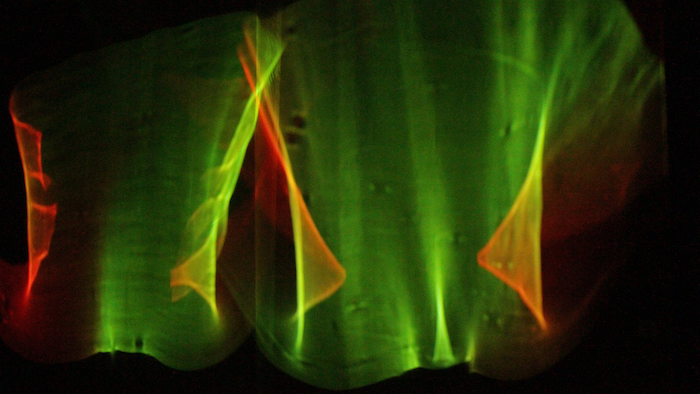 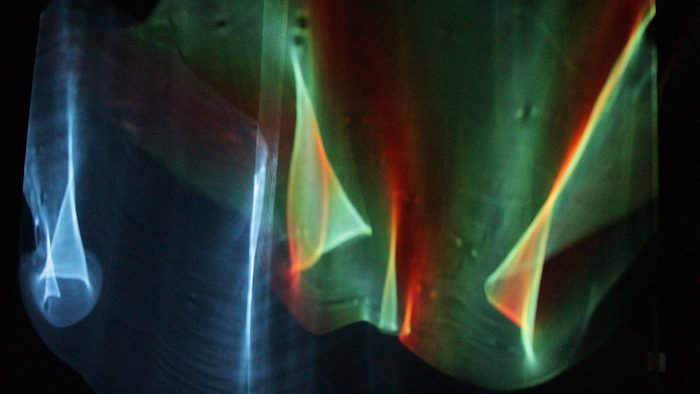 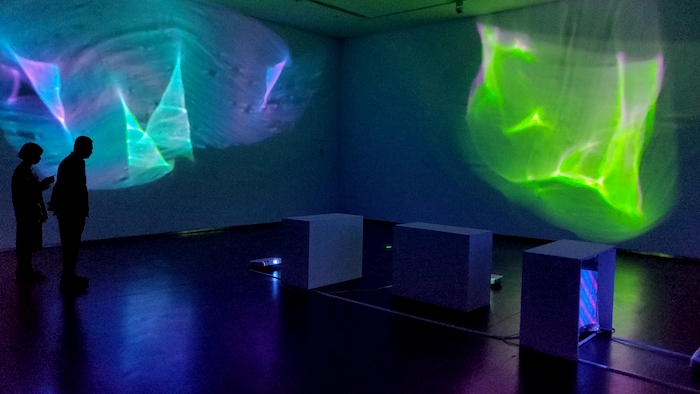 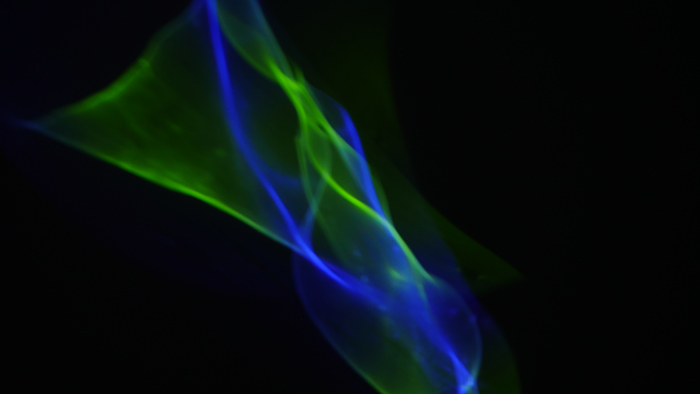 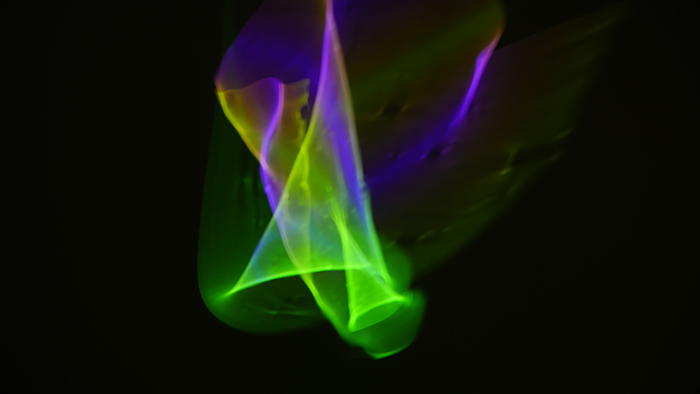 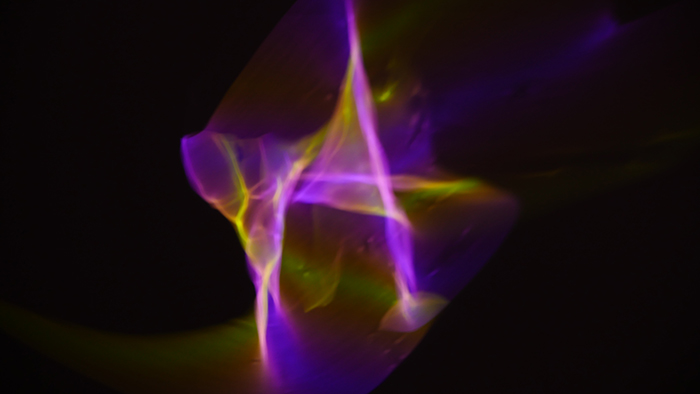 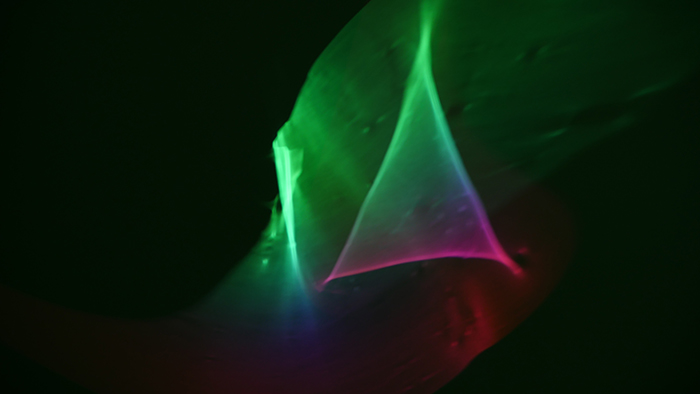 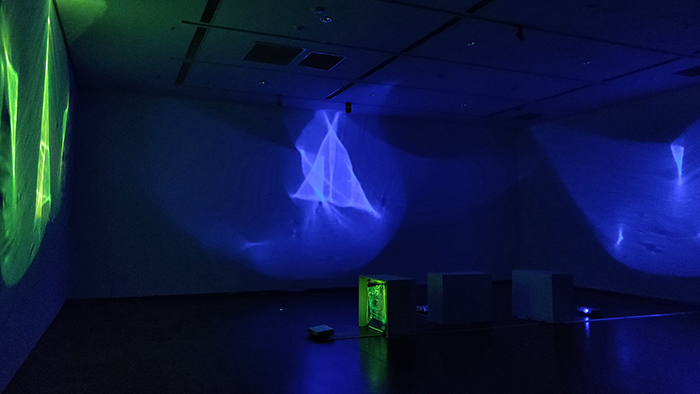 Undulator is an immersive kinetic installation that explores both the color and reflective properties of light and the effects of flicker on our visual perception system. In a similar fashion to Thomas Wilfred's Lumia machines from the early 20th century, Undulator is a cinematic display that celebrates light in its purest form. A pulsating pattern of complementary colors and gradients is projected onto a reflective surface, its undulating movement distorts the rays of light. Upon hitting the screen the light has been folded from a straight beam into a shape that hints at processes that happen at the microscopic level as well as the cosmic scale. The stroboscopic qualities of the projection add a layer of disorientation to the perception of this ever changing shape.